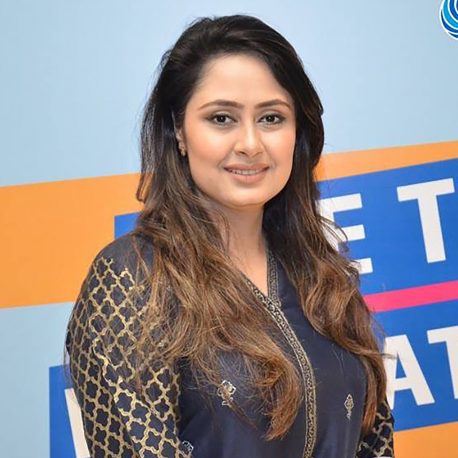 Sahibzadi Mahin Khan is a master negotiator, transaction consultant, trainer and a collaborator of joint ventures. Her experience stems from 17 years in the corporate and public sector where she has executed a diverse set of impactful and high-profile responsibilities. Today, Mahin heads her entrepreneurial venture, Mahin Khan and Company, a premier business consultancy firm. Mahin started the firm in 2016 which offers capacity building trainings, public relations, corporate event management services and project consultancy. Through this venture she has consulted for renowned industry players and other government organizations.

Mahin’s strong experience stems from her career of 17 years which started in 2002 with a private sector professional development company. She started as a trainer and soon gained acclaim in the field. Later she joined Union Bank and subsequently ABN AMRO Bank (which became Royal Bank of Scotland in 2008) where she managed Business Development & Customer Retention Unit. Mahin was soon promoted and she launched and instituted Bancassurance products and Value-Added Services for credit cardholders as part of revenue enhancing initiatives. Mahin was also part of the team that launched Premium Credit Card that became a huge success. In 2011, Mahin moved to Faysal Bank as Product Manager where she revamped Faysal Bank’s Credit Card Portfolio and initiated the re-carding exercise of RBS Credit Cards to Faysal Bank Credit Cards.

Due to her vast experience, exposure of business dynamics and an amicable personality, Mahin also hosted business shows on local mainstream channels including Business Plus and Pakistan Television Network where she interviewed countless influential businessmen, elected officials, bureaucrats, and politicians.

Owing to her dynamism, Mahin was appointed as Chairperson for Regional Committee on Press & Electronic Media at the Federation of Pakistan Chamber of Commerce & Industry (FPCCI), and later she was appointed as Vice Chairperson for FPCCI’s Standing Committee on Fashion & Designing and as member of FPCCI’s Standing Committee on Banking, Credit & Finance. Due to her insights and involvement in the business industry and her contribution in FPCCI, she was also appointed as member of Provisional Industrial Liaison Committee and Korangi Association of Trade and Industry’s Law & Order Committee. Since 2017, Mahin started heading the Cyber Security Committee as a Chairperson.

Mahin has been involved in organizing many notable events including the “Post-Budget Conference”, Seminar on “Digital Media Security & Cybercrime” and Seminar in collaboration with FIA NR3C Cybercrime and worked for image building of the Federation. She has been also the Master of Ceremony and Event Moderator for multiple programs; Rotary International District 3271, Planning & Development Department Govt. of Sindh, Ladiesfund Girls Night an initiative between Gucci and Dawood Global Foundation, Pakistan Women Festival

Mahin is an ardent educationist, and to pursue her passion she is a visiting lecturer at Dadabhoy Institute of Higher Education (DIHE) for Human Resource Management (HRM). She has attended various workshops including the National Security Workshop from National Defense University.